Monmouthshire & Newport Local Nature Partnership has been helping to transform Barrack Hill from fly-tipping-friendly to a nature-rich haven for locals.

‘My kids used to call it Bamboo Land…it’s always been used by the children on the estate, even when it was a mess. I’m so pleased that we’re able to come together and clear it for future kids to enjoy safely.’

Julia lives at the bottom of Barrack Hill, a green mosaic of natural grassland, scrub, bracken and woodland in Newport.

The hill connects two quite separate communities: the Pobl Housing-run estate on Sorrel Drive at the bottom, and the more established area of Allt-yr-yn at the top.

Unfortunately Barrack Hill Wood, despite its use as an adventure playground by its more imaginative residents, is a hot spot for fly tipping. Although different projects have stepped in to address the issue, the fly-tipping culture is too embedded and unfortunately when the funding runs out, the culture returns.

‘There was all sorts here…leftovers of fires, boxes, nappies,’ says Newport’s LNP Coordinator Lucy, ‘kids used to have races down the hill on all the abandoned bikes.’

When Lucy approached Sorrel Drive to engage them in a nature recovery project, Julia would have been forgiven for being a little cynical.

‘They’re used to other temporary projects being helicoptered in and out which creates a mistrust of help,’ says Lucy. ‘Well-meaning people swarming around the area trying to make changes, and then funding running out and projects left unfinished, useful tools simply taken away.’

‘A decade ago we had a link between the top and bottom of the hill because of our old community centre but it faded away,’ says Julia, ‘we also had a little community shipping container down here for a bit, but that’s gone now as well.’

‘You can’t just keep placing things here and taking them away without speaking to the residents – everyone needs to start working as one,’ adds community member Leah.

The estate suffers from anti-social behaviour and is in the 10% most impoverished areas in Wales. Despite this, their strong community ethic has shone through time and time again.

‘The local kids loved the shipping container so much that when it got broken into one night, they all stayed up and camped around it to protect it,’ adds Julia, ‘but obviously when the funding runs out...’

Facilitating the ideals of the community
Thanks to Lucy’s guidance and a multi-agency approach including Newport City Council, Natural Resources Wales, Fly-tipping Action Wales, Pobl Housing, and of course the residents, the team removed three lorry loads of fly-tipped waste from the area.

Sorrel Drive’s community ethic has come to the surface once again thanks to Lucy’s work with them on Barrack Hill Wood.

‘More investment in the area has highlighted its potential – now that there’s focus the community is taking pride in the site,’ says Lucy.

‘For example, we got alerted about ‘environmental issues’ by the residents when they noticed the Housing Association spraying the bramble area on the hill. Now we’re working with Pobl to find ways to clear the area in a nature friendly way.

‘I like to think that we’re facilitating the ideals of the community. Working with them instead of on them and drawing in other parties will help make sure this work is permanent and becomes embedded in the community.’

The Twmps
An unexpected side-effect of the project has been the collaboration between the communities at the top and bottom of Barrack Hill (or the ‘Twmps’ as it’s affectionately known by longer established residents - a word that stems directly from the Welsh which broadly means a sloped area with lots of vegetation).

The pickups were organised by the residents themselves, with the last one a collaboration between the communities at the top and bottom of Barrack Hill.

Arthur lives in a 97-year-old house in Allt-yr-yn, at the top of Barrack Hill looking down at the project site.

‘My family’s lived here for 30 years, and we’d never really set foot in the area before this,’ says Arthur. ‘It felt really foreboding and we would only ever skirt the area as it was so steep and overgrown.’

But this overgrowth means that nature has been left to flourish. Thanks to the work done to clear the litter, Arthur, along with other community members from Allt-yr-yn, has been conducting a survey of the area’s wildlife.

‘We think we’ve identified up to 500 different species of plants, trees, insects, mammals and birds in the area so far in the first 8 months of the survey…including a few scarce insects and plants.’

During Lucy’s community litter pick, they found that any barriers dissolved between members of the different communities – with everyone expected to pull their weight and work together. They didn’t have time to consider the fact that they usually wouldn’t have the opportunity to interact with one another.

‘Lucy has pulled groups together who otherwise wouldn’t have worked together – she even persuaded some young people from the estate to come and get involved in the clearing process,’ adds Arthur.

‘It was great being able to share our knowledge of the area’s nature too – we’d talk about the area’s roe deer or rare bees and everyone seemed to be really interested.’

The newly formed Twmp Restoration Group is delighted to be working in partnership with Lucy and Newport City Council to help improve biodiversity at this fascinating site. 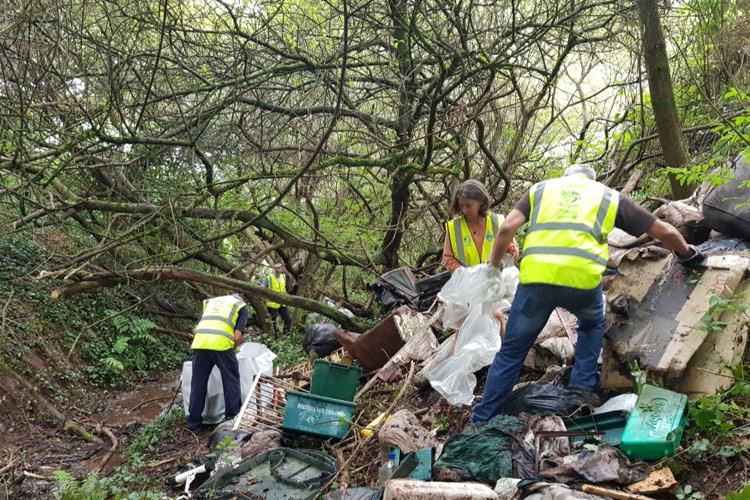 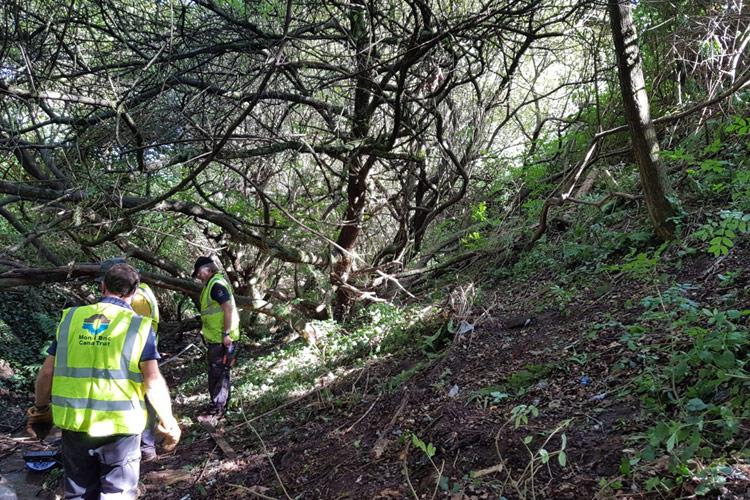 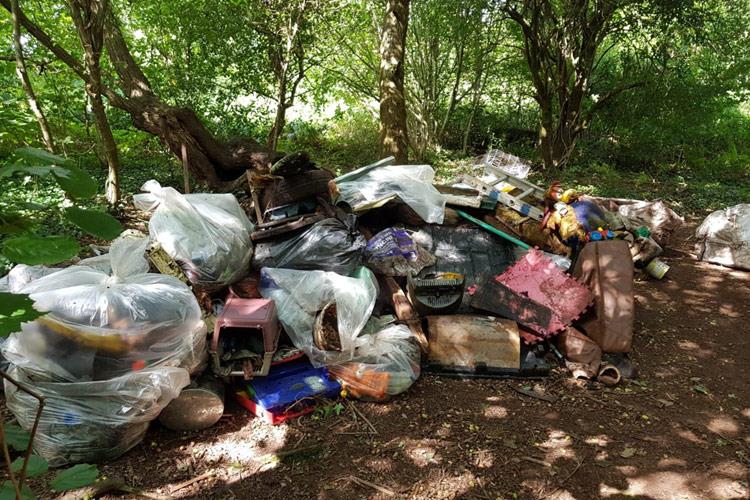 What next?
A long-term vision for the area is currently being formulated, with any future restoration and habitat enhancement measures to be undertaken sensitively and guarantee protection of the existing ecology.

‘If we had funding next year, I think our priorities would be invasive species control and to make a meadow from the bracken area on the hill,’ says Lucy.

‘We’d also work on formalizing a path between the two communities through the green space – it sounds daft but they need a physical path to link the two!’

‘It’s different this time around – yes there’s more funding but there are also more people like Lucy who are willing to stick around and listen to us,’ finishes Julia. ‘We feel heard.’

To find out how you can start a nature recovery project in your community, get in touch with your LNP: biodiversitywales.org.uk/Local-to-You