Bracken control for wildlife across Swansea

Various sites across Swansea have recently changed their management programme to control the abundance of bracken which grows there.

Bracken is a large fern that favours dry, acid soils and spreads by underground rhizomes. It can overpower other species, creating a species-poor environment which is at risk of catching fire in the warmer months.

To prevent having to use chemicals to control the bracken, Swansea Council and Local Nature Partnership (LNP), with support from the landowners, community groups, the fire service and Natural Resources Wales, have been using a bracken crush roller pulled by either a tractor, quad bike or 4x4.

The advantage of crushing bracken with a roller is that the stem stays intact but is bruised in several places. This means instead of just sending up a new shoot (which happens if the bracken is cut), the rhizome expends energy in trying to repair the bruised stems. Over time this exhausts the rhizome and each year the stems get shorter, less vigorous, and more spaced out.

As a result, there is then more light exposure and a reduced annual mulch layer of dead bracken, thereby reducing competition and allowing the habitat and other species to recover. In the Clyne Valley Country Park, bracken control has allowed the bluebells to explosively expand their range, density and growth, creating a beautiful display.

In some of the locations, fire risk is high. Pwlldu Cliffs Local Nature Reserve (LNR), which is on the Wales coastal path and provides access to the Gower AONB coast, is one of those locations. It has an abundance of flammable gorse and easily damaged thin limestone soil making the seed/bulb bank particularly vulnerable to fire. However, by controlling the bracken the risk of fire is reduced and limestone flowers such as viper’s bugloss are then able to grow and benefit.

Using the bracken roller in locations across Swansea has been a great way to demonstrate positive site management. Whilst the additional wildflowers have a visual appeal, controlling the bracken brings multiple other benefits, such as creating additional open space for grazing, improving access on paths and overall managing the land for the benefit of wildlife. 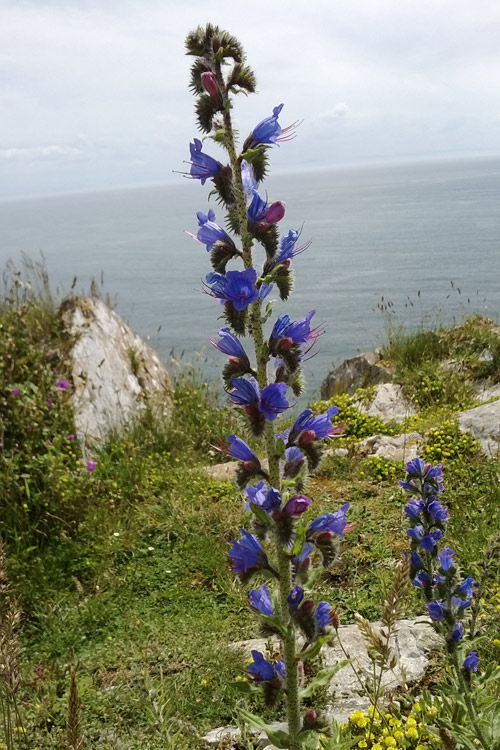 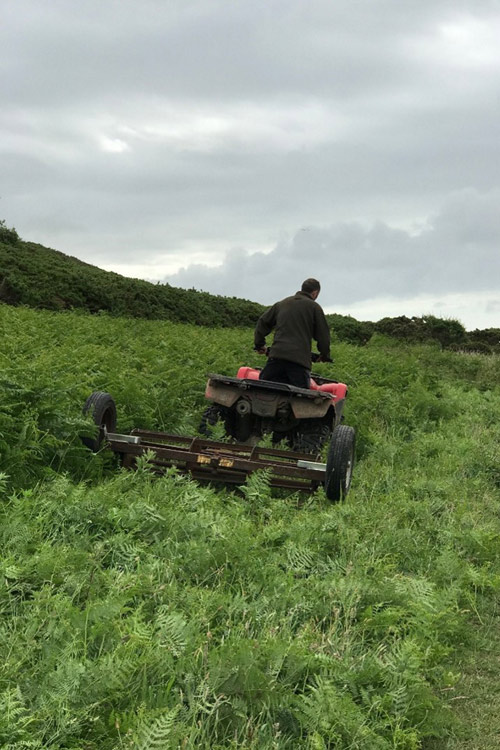 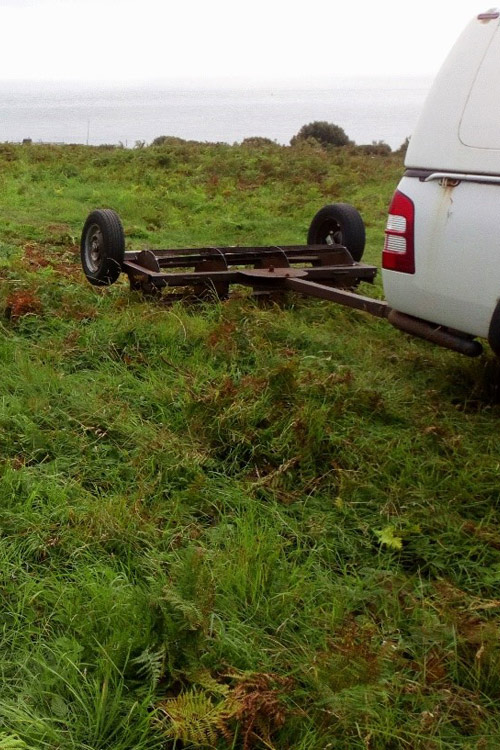